Ladino, (otherwise known as Judeo-Spanish or Judezmo), is the language spoken and written by Sephardic Jews. When hand written, Ladino was written in a Hebrew script known as Solitreo. In printed texts, Ladino was almost always written in Rashi style Hebrew script, a font that was designed to be a printed version of Solitreo. Note that the nomenclature, “Rashi,” does not imply that Rashi used this script, but rather the nomenclature became common since Rashi’s commentaries were typically printed in this script to set them off from the Biblical and Talmudic texts written in square Hebrew characters (Meruba) much as we might use italics. By the early 1900s, it was increasingly common to see written Ladino in Latin characters, especially with the influence of the Alliance israélite universelle, Jewish educational organization based in France that served the Ottoman Jewish community. After the Attaturk reforms of 1922 that moved all Turkish publications to Latin characters, this trend accelerated. However, Solitreo was still frequently used for correspondence, and my grandparents used it to correspond with relatives in Turkey, France and Israel at least through the early 1970s. (I learned Solitreo from my step grandfather, Marco Benjoya in the 1960s. Since the founding of the State of Israel, Ladino texts are also increasingly found in standard (or square) Hebrew characters. The rafe ( ‘ ) symbol is used in Solitreo writing to produce Ladino sounds not found in Hebrew. While little is written today in Solitreo, learning to read in this script, is critical in being able to explore historic and old family documents.

Our charts below show show how Solitreo and Rashi scrip aligns with printed and hand-written modern Hebrew along with a pronunciation guide. You can also download our printable PDF guide here ==> Solitreo 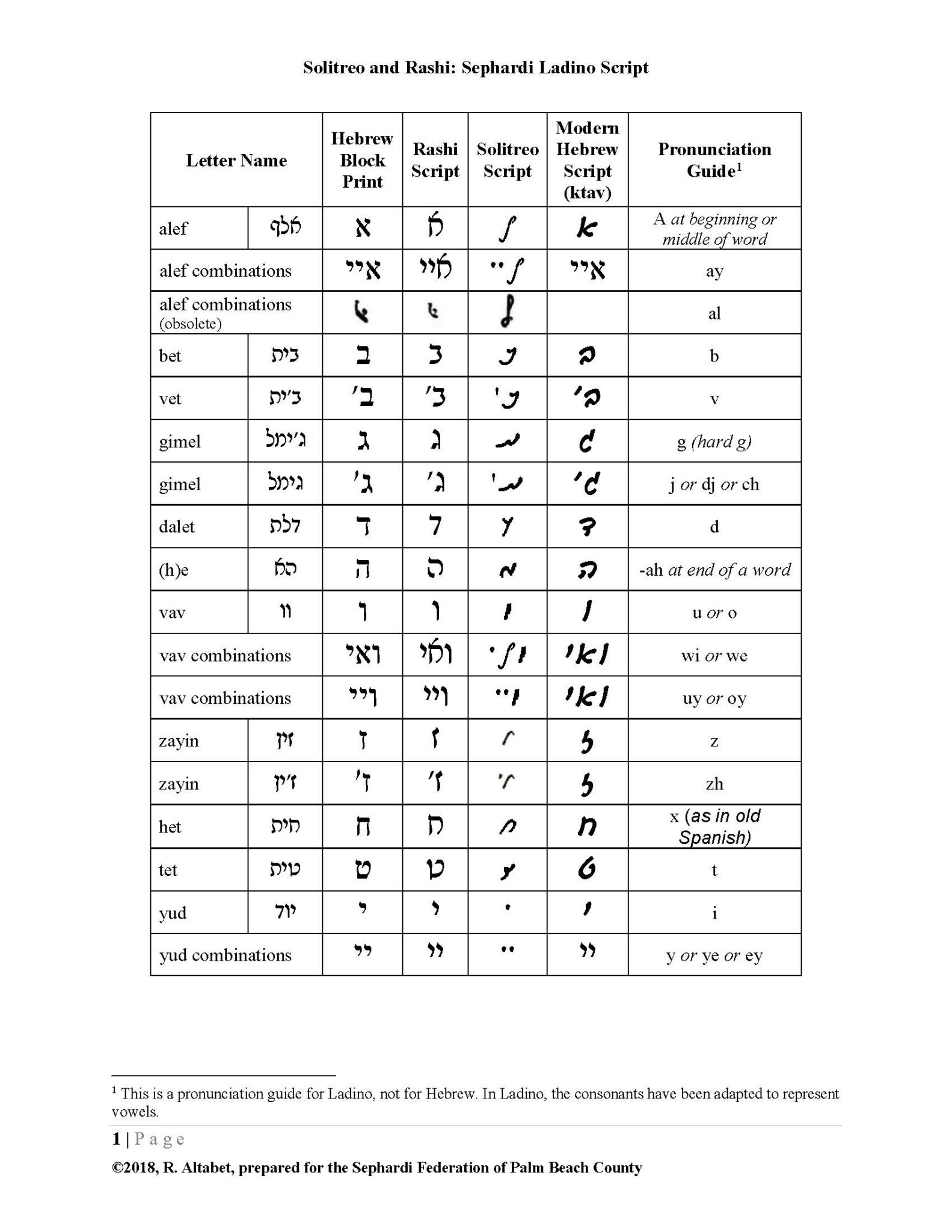 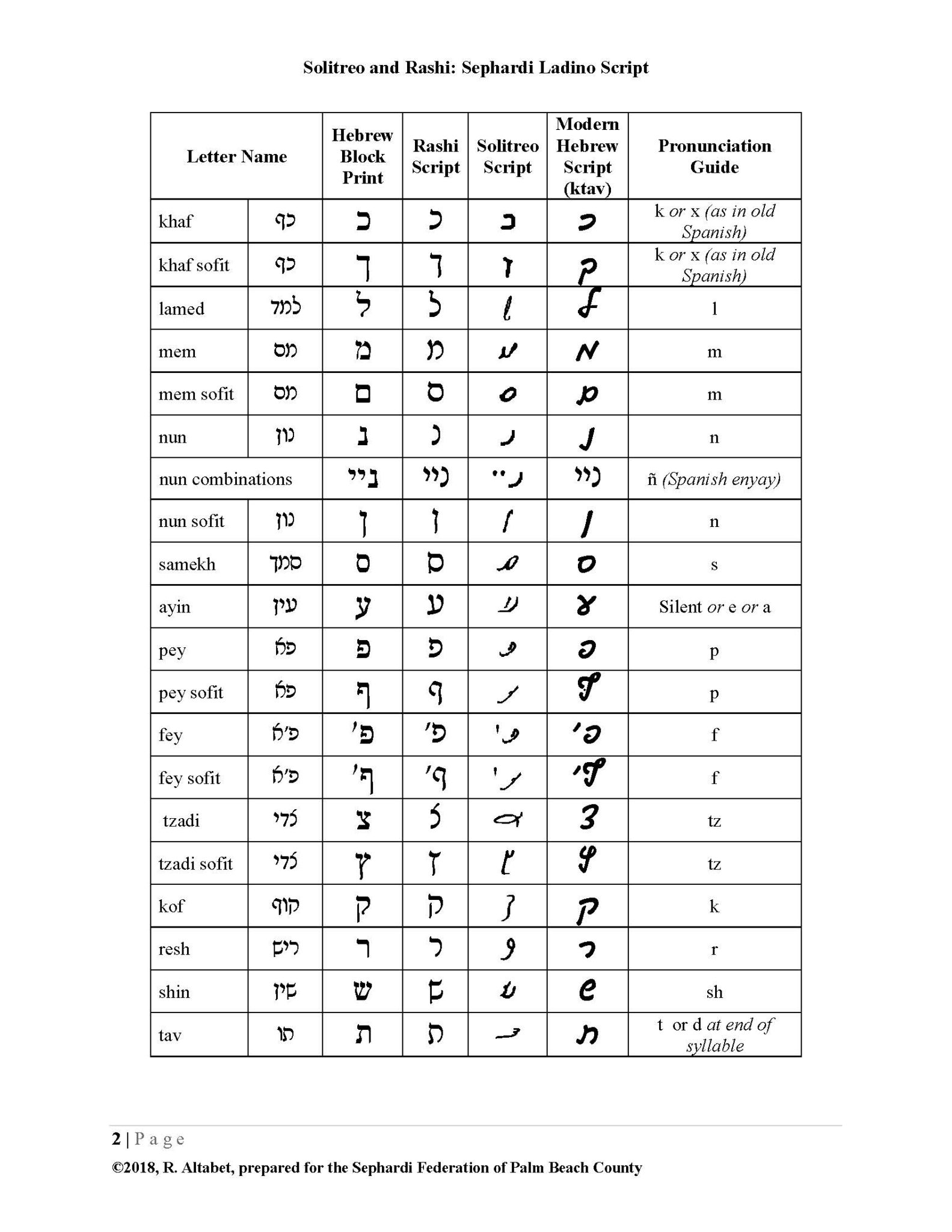 You can also watch this video with Professor David Bunis teaching us how to write in Solitreo.

Note: For the square Hebrew, Rashi Hebrew and Ktav (cursive) Hebrew in the chart, we used Truetype fonts that readily available, Guttman Frank, Guttman Rashi ,and Guttman Yad-Brush. I am not aware of any font available for Solitreo, but there is a site which requires registry that will allow you do set up short pieces in solitreo, http://solitreo.com/ladinotype/